Home  »
Blog  »
The Metaverse: What streaming companies need to know

The Metaverse: What streaming companies need to know 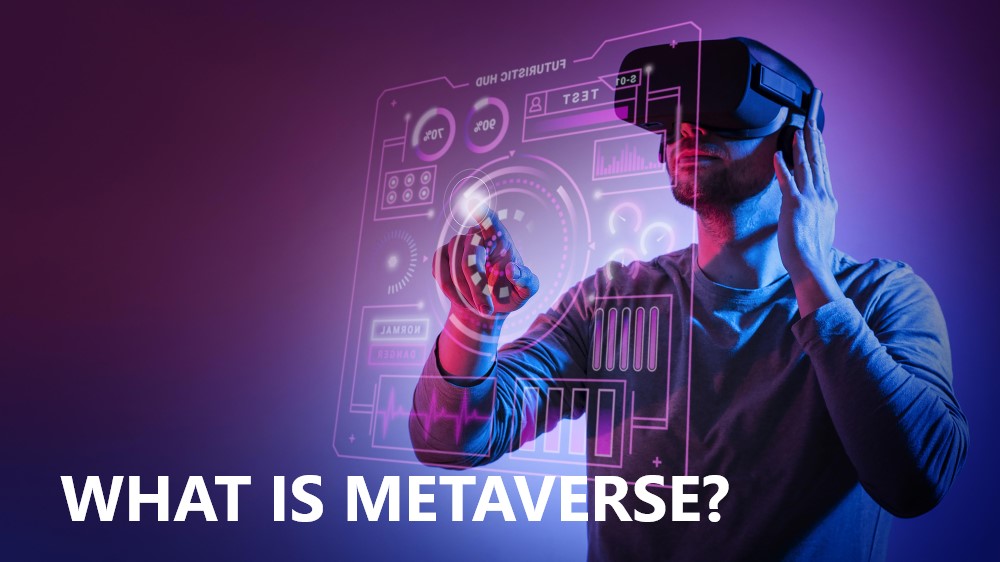 Companies like Meta, Microsoft, and Epic Games are investing heavily into what some people believe to be the future of content consumption. With predictions of the AI and AR industry reaching up to $1 trillion in value by 2024, it’s time for streaming companies to start getting their foot in the door. Let’s go over what you need to know.

When the internet began to pick up pace in the nineties there were plenty of critics who took aim at the vastness of the platform, citing an abundance of options creating more of a chaotic pile of information than a well organized sanctum of learnings.

“The truth is, no online database will replace your daily newspaper, no CD-ROM can take the place of a competent teacher and no computer network will change the way government works,” author Clifford Stoll boldly declared in a 1995 Newsweek article. Clearly anyone who listened to these critics like Stoll missed their opportunity to be one of the first to capitalize on what’s now becoming the biggest marketing and content sharing space in the world. Now we’re facing a new contender, the Metaverse.

The world-wide web has always accomplished its task of bringing people together from different parts of the world, the metaverse promises to take us somewhere else entirely. The word’s origins lie in Neal Stephenson's 1992 sci-fi novel Snow Crash. It's also in Ernest Cline's Ready Player One and William Gibson's Neuromancer. Now that the possibilities of augmented reality are moving from controlled testing spaces to our living rooms, offices, and stadiums, consumers are taking an interest in the potential of a whole new space that’s already seeing billions in investment from companies like Facebook, Microsoft, and Epic Games.

What is the metaverse?

Avatar, Tron, The Matrix, and even Wall-E, are all films which help set the foundations of the metaverse. While the technology put in these stories is a bit far fetched, the idea of plugging ourselves into a virtual world is pretty spot on. The same way you build a persona on the internet through profiles, images, and commentary, the metaverse allows you to build a version of yourself that much closer resembles how we interact in the real world. The use of VR headsets from companies like Oculus are mandatory for entering the metaverse however—an obstacle that will need to be improved upon in the coming years to lower the entry barrier for anyone interested in consuming content inside the metaverse.

Whether there will be one metaverse or many remains to be seen but one thing we do know is the variety of formats this technology can take. Let’s look at different examples:

This is probably the version of VR you’re most familiar with. Some people debate whether these stand alone experiences like Beat Saber and No Man’s Sky would be considered part of the metaverse. What we can guarantee is that this is the content people want from VR experiences and will be something at the top of content providers lists.

Ever wanted to throw around windows, pages, and scrambled data like Tom Cruise in minority report? This the content that will appeal to you. Using space mapping technology the metaverse will blend the digital and physical worlds to try and completely transform the way we can engage with content, ads, and each other.

This is an exciting opportunity for the metaverse to work its way into the hands of consumers who don’t own VR headset or similar technology. Extended reality is what a lot of social media platforms use for their filters and something that uses green screens and mapped spaces to bring virtual elements into physical spaces. This is a technology already heavily used by sports broadcasters and news channels.

What’s the limit of the metaverse?

Sadly, this can’t be answered in any concrete way right now. However, there are projections out there that the Metaverse could reach $800 billion or even $1 trillion by 2024, and right now, it is currently sitting around $47 billion. So, a combination of changing consumer habits as well as accelerating digital technologies has resulted in the Metaverse becoming more and more real. Facebook has just invested $10 billion alone into the metaverse with many companies looking to follow suit.

One thing to consider is that 68% of American adults aren’t interested in the metaverse. Currently, North America is the biggest market for VR and AR content and equipment so this number might sound a bit off putting, but we’re in the very early stages of the metaverse being a competitive option in the streaming space.

In April 2021, Epic Games raised $1 billion to accelerate metaverse's long-term vision, and by the end of 2022, there will be 1.1 billion mobile AR users worldwide. The reason people may be unsure of this technology is more in its dichotomy than its function. What’s exciting is that there's an open playing field for companies to build something ahead of the curve so that they can be a go-to platform for consumers when the technology becomes commonplace.

What other opportunities are in the metaverse?

All values in USD

The total value of all NFT transactions worldwide jumped 21,350% to more than $17 billion in 2021, from $82.5 million in 2020. The metaverse is already becoming a popular home for storing, trading and creating digital art. If the trend in NFT sales is anything to go by, there’s clearly a high ceiling when it comes to what people are willing to spend on this type of platform. People are even hunting down the newest Picasso residing in the metaverse.

A deluxe metaverse already exists and is where people are safely storing their NFTs and crypto using blockchain technology. This community-led initiative is a very exciting opportunity for any content creators to create loyalty. Decentraland, a 3D world platform where companies can buy virtual land and property is a great example of how companies are already taking advantage of this space, with companies like Token.com spending almost $2.5 million within Decentraland.

What will it take to be a content creator in the metaverse?

The metaverse is set to push data usage by 20 times in the next 10 years. Global access to 5G or even 6G won’t be enough to guarantee the speed needed to stream content through the metaverse. The first audience who are playing in this space or high speed fiber internet that runs at a minimum speed of one gigabit per second.

Something all experts currently do agree on is that the metaverse is latency intolerant and such an environment will only work if latency is basically non-existent. LightReading speculates that telecom companies are getting ready for unprecedented bandwidth surges following Microsoft’s recent acquisition of game maker Activision Blizzard, an argument that could equally apply to cable operators in the U.S.

It’s helpful to refer to Matthew Ball’s 2020 essay. “The Metaverse will require countless new technologies, protocols, companies, innovations, and discoveries to work. And it won’t directly come into existence.”

However, there’s also very exciting commentary coming from people in the same space. During a show for a video game called Destiny 2, Bungie Co-Founder Jason Jones talked about AR as a technology that could eventually replace mobile and the TV. “AR is going to be the thing that displaces mobile. I’m so sure of that. I’m so sure that we’re all going to be wearing glasses and all the TVs are going to go in a landfill [and] all those companies are going to go out of business.”

As we’ve mentioned numerous times, the future of the metaverse and all these theories of its potential can’t be confirmed right now. But the amount of capital being invested and the number of Fortune 500 companies that truly believe in this new space tells us broadcasting companies need to educate themselves as soon as possible before competitors get their foot in the door first.