Home  »
Blog  »
How the biggest streamers are dealing with subscriber losses 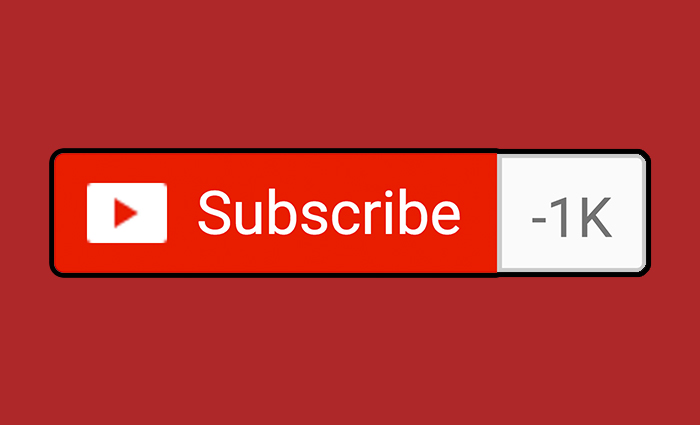 Streaming is over. Netflix is dead. SVOD is unsustainable. The market is saturated. No one wants to pay for video. The business model never worked in the first place. Subscribers are jumping ship. The bubble has popped. We’re all going to die.

It’s possible you’ve heard a version of these statements from a wide range of people, whether it’s your concerned grandma or a Wall Street broker, the whole world seems to think that the Golden Age of Streaming has come to an end and streaming companies big and small are going to fail.

The big “scoop” that prompted this apocalyptic discourse was news of Netflix’s falling subscriber count that they shared in April 2022. The streaming giant had lost 200,000 subscribers. Furthermore, it predicted that it would lose two million more the following quarter. When Wall Street saw this, panic hit in and Netflix’s stock took a big hit. It’s a big headline and everyone from the BBC to the New York Times focused on the amount of people who were no longer subscribing to Netflix. What many neglected to mention, or at least put far enough down so that the majority of people would not see it, is that Netflix’s earnings had actually gone up.

In a bid to separate the sensationalism from the sense, the chairman of the NAB streaming summit Dan Rayburn asks the question: “Would you rather have more subs and lose money (Disney), or have fewer subs and be cash flow positive (Netflix)?” The answer seems clear for any business: choose the more money option. The question Rayburn poses neatly shows us the limitations of relying on subscriber numbers as our sole metric of a streaming company’s success.

Subscriber numbers are a tempting metric to rely on as they are easy to understand but, as subscriber numbers rise for Disney’s D2C services combined, the company actually lost $1.1 billion over a 90-day period. Meanwhile Netflix had a positive cash flow of $12.7 million at the same time and expects 2022 free cash flow to hit "approximately +$1 billion".

Not bad, hey? Oh, and by the way, Netflix actually only lost 1 million subscribers that quarter, half the amount they had projected and less than half a percent of their subscriber base. Let’s also not forget that their revenue was actually up 10% as their stock price plummeted. Netflix lost less than 1% of its subscribers and lost almost $45 billion in market cap in Wall Street in one day. The improved outlook following the latest report’s release saw their stock price surge by nearly 8% in after-hours trading but, as ever with the stock market, people’s perception can be a lot more damaging than their understanding of the reality.

Now we’ve established that subscribers do not equal success. We can look at different models that people are trying to ensure greater success in the streaming market today.

AVOD is clearly becoming a more appealing model in the changing landscape. Hulu, Peacock, Sling, Paramount+, HBO Max and Pluto TV all have ad models of some kind and Netflix has said that it is exploring how to make it possible to reduce your subscription fee in return for allowing ads on your stream. There was some concern that this would lead to even greater subscriber losses but the evidence thus far seems to suggest that users are willing to accept adverts for a cheaper product.

Many commentators suggested that this will also see profits fall as people opt for the cheaper option. However, an ad model could actually outstrip profits from a premium subscription. Hulu’s ARPU on ads every month is almost $22. So if you cut your $20 Netflix subscription down to Netflix’s basic option that costs just $10 but you allow ads, Netflix will lose $10 in subscription fees but if they even come close to Hulu, say reaching $20 ARPU per month, they will be making $10 more than they were before.

Another way streamers can boost their profits is by clamping down on shared passwords. Returning to the case of Netflix, the company estimates that there are over a hundred million households sharing passwords. If they can convert just one quarter of those households into new accounts at $10 a month, that will make them a cool $3 billion each year.

Finally, another way to steady the ship as economies across the world are looking down the barrel of a global recession, is to improve how information on the progress of these companies is reported. As we have seen above, investor panic is not rational and stock prices fall as it rises. It’s up to companies and the streaming space to get the most relevant information to investors, economists, journalists and other influential entities.

Another observation made by Dan Rayburn is the expectations of investors and journalists may well be tempered by the metrics companies share. The parallel he uses is when Apple stopped reporting how many iPhones were sold. Just like subscribers, iPhone units are easily quantifiable and are sure to make a splash in the papers if their numbers fall or fly. However, we also all know that Apple is an ecosystem business, while a hit might be taken in their streamer, it could contribute to greater sales of their more lucrative hardware. When they realised that fewer sales did not mean worse performance, they chose what information they shared carefully and protected their stock price shrewdly. Streamers would be wise to take a leaf out of their book and find different ways to honestly communicate the challenges and successes they are experiencing.

Given all of this, the streaming terrain is certainly more competitive than ever and bad or ill-equipped businesses continue to crumble. But that does not mean the correct analysis, the right decisions, and a bit of luck, will not render it fertile soil and continue to provide plenty of fruit for content creators, distributors and investors alike.